The Web 3.0 ecosystem is scaling exponentially, but it has also highlighted the inherent cybersecurity concerns that it imposes. There is an ongoing shift in the Internet’s architecture from a read/write model to a newer model known as Web 3.0. With Web 3.0, users and the community take ownership of the Internet instead of large and centralized corporations. Growing anti-big-tech sentiment and concerns about big tech’s ability to develop egalitarian platforms that behave in the best interests of their communities have contributed to its emergence.

Data breaches, input validation attacks, and social engineering defined the cybersecurity risk landscape of Web 2.0. With advances in artificial intelligence and machine learning accelerating at a breathtaking pace, the transition to Web 3.0 is on the horizon.

The World Wide Web has seen tremendous evolution since its inception. Enterprises globally are exploring the opportunities of Web 3.0 in their business processes. Along with the opportunities, Web 3.0 imposes various cybersecurity risks on an organization, which they need to detect and mitigate efficiently.

Some businesses are witnessing many transformations and digital revolution opportunities by embracing Web 3.0 in their workflow. But at the same time, it has become lucrative for cybercriminals to break into the IT infrastructure to create disruption. DevSecOps teams should consider developing a new robust ecosystem on Web 3.0 to keep sensitive data secure.

Web 3.0 is fundamentally concerned with enhancing and resolving problems associated with present centralized platform-mediated interactions. Avivah Litan, a Gartner analyst, described Web 3.0 as a “decentralized web” in which people are in charge of their data and identities. Trust verification, privacy protection, decentralized infrastructure and application platforms, and decentralized identities are all part of Web 3.0’s foundational technology.

At the heart of Web 3.0’s design, blockchain technology disallows any one person or organization to have complete control over an ecosystem because it is decentralized and can lead to enhanced robustness. Instead, the power to make decisions rests with all the users.

There is no governing body in Web 3.0, and blockchains are databases that hold documents while assuring security and transparency through algorithmic safeguards. Users’ data on Web 3.0 has been made opaque, and their identities have been removed from the data. As a result, consumers retain ownership of their data and can identify who has access to it and their level of access.

As data becomes more centralized, it becomes a target for hackers. With Web 3.0, data will be more distributed, making it harder for hackers to access. This will make data privacy and security even more important for businesses.

Web 3.0 is the next stage of the Internet, and it’s going to have a big impact on businesses. Businesses will need to adapt to a decentralized web, and data privacy and security will become even more important. Blockchain technology will also start to change the way we do business.

The coming of Web 3.0 will bring about many changes in how businesses are conducted. Perhaps most notable among these changes is an increased emphasis on data privacy and security. In addition, businesses will need to adapt their infrastructure to be compatible with decentralized technologies like blockchain.

Web 3.0 is an identity-native ecosystem of distributed applications in which users own their data and content. Users can authorize access to their data anonymously with smart contracts and defend against privacy risks. In addition, web applications can determine the privileges to grant to users or their eligibility to participate based on reputation metrics tied to their digital identities. With less reliance on centralized gatekeepers of information, such as big tech companies, there should be fewer high-profile data privacy breaches in a Web 3.0 world. 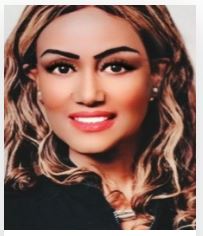