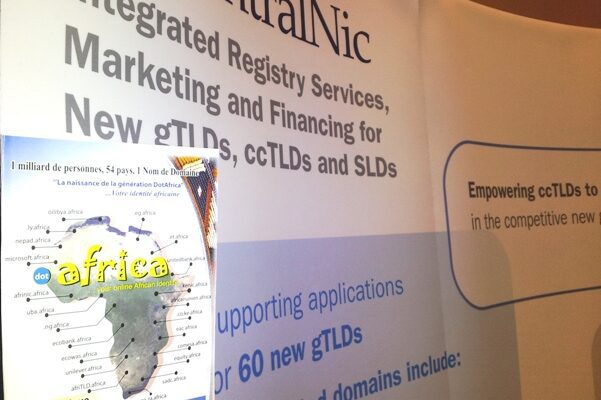 PRLog (Press Release) – Oct 23, 2012 –
DCA Trust used the opportunity afforded by the presence of the entire ICANN Global Community gathered at Toronto to also unveil the IBCA – Internet Business Council for Africa – initiative that it has independently developed as a component of the ICANN Africa Strategy. The objective of the IBCA is to increase and promote the participation of the African Private Sector, and the Africa/Global non-governmental constituency (involved in Africa) in the ICANN community and in Global Internet Governance.

ICANN’s 45th International Meeting was held in Toronto, Ontario Province, Canada. Canada is a member of the influential ‘G7’, the world’s pre-eminent group of the seven most industrialized economies, also a member of the North Atlantic Treaty Organization (NATO), is also the centre of Canada’s film industry.

DCA intends that the IBCA initiative shall form a significant component of the new ICANN Africa Strategy with the objective of promoting multi-stakeholder diversity at ICANN. DCA’s proposed implementation strategy is for the IBCA initiative to be implemented separately from the work of the ASWG.  According to Ms. Sophia Bekele, Executive Director of DCA Trust: “the proposed IBCA initiative squarely and tangibly addresses an important issue regarding increased African private sector participation at ICANN in a rather straight-forward manner”.  “This is what makes the IBCA proposal quite compelling“, she added.

The ICANN-45 Meeting provided a good opportunity for DCA Trust to meet with Dr. Tarek Kamel, the Senior Advisor to the ICANN President & CEO who also has the responsibility to lead the formulation of the ICANN Africa Strategy. The meeting with Dr. Kamel was utilized by DCA Trust to discuss the scope of the ICANN Africa Strategy, and after receiving the necessary reassurances that DCA Trust can participate in the Africa Strategy, formally submitted its IBCA proposal which would be considered as an input to be incorporated into the Final Africa Strategy Document that shall be readied in the period leading up to the next ICANN meeting in Beijing, China. Until the ICANN-46 Meeting in Beijing, DCA Trust intends to undertake considerable outreach and communication activities specially targeted at key private sector and non-governmental sector operatives in Africa who are expected to support and participate in the proposed IBCA initiative.

ICANN-45 is the first important gathering of the ICANN global community since the new ICANN President & CEO, Mr. Fadi Chehade took over as the helmsman of the Global Internet Governance body.

The opening presentation by the new ICANN CEO emphasized new management delivery goals and objectives that are pivoted on Affirmation of Purpose, Operations Excellence, Internationalization, and Multi-stakeholder Model Evolution; to be driven by a new global leadership that is operating based on a new management structure. (See “Fadi Charts the Course” athttp://toronto45.icann.org/meetings/toronto2012/presentat…. The new ICANN under Mr. Fadi Chehade promises to be an organization that works smarter. The new CEO unveiled some new season tools featuring ‘MyICANN.org’ – an interactive and highly personalized portal – which is aimed at better stakeholder collaboration.

Speaking on behalf of the Canadian government, Mr. Tony Clement, President of the Treasury Board of Canada, welcomed the delegates to Canada’s scenic commercial city of Toronto. Mr Clement emphasized that the Internet is a resource with a vast potential that has transformed how the world communicates. He further outlined the efforts of the Canadian government to ensure an open Internet and the free flow of information which is key to stimulating innovation, growth and accountability.

DotConnectAfrica was represented by its back-end registry services partner, CentralNIC, who was a silver-level sponsor at the ICANN-45 International Meeting in Toronto. CentralNic is a leading registry operator that is active in the domain name industry, and selected by DCA Trust to implement a world-class registry services operations platform to be located in Nairobi, Kenya for the .Africa new gTLD.

The Toronto meeting was also used as the forum by ICANN to provide an update on the new gTLD program. The most recent activity concluded is the Public Comments Period which featured the submission of 8,956 comments for the Evaluation/Review Panels. In addition, 127 Change Requests were submitted by applicants, and 29 have so far been approved whilst 84 are in review, and 14 would require follow-up with applicants. So far, 7 applications have been withdrawn and no objections have been filed.

Overall, ICANN-45 in Toronto was a considerable success for DotConnectAfrica Trust as an active member of the ICANN Global Community.