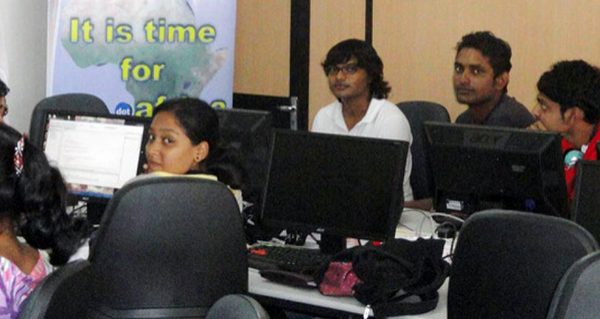 The 2016 WEF Africa forum came to a close raising in its wake crucial issues that needed further discussions and implementation. Leaders gathered to discuss the future of Africa in various fields such as finance, energy, development et. al and the way to get there. The mind- rousing conversations have sparked up some great debates that will shape future African conversations for years to come.

DotConnectAfrica Group was also represented by its members in Africa and our pioneering initiatives and voices have been heard.

Women formed a major part of the conversations held. Leaders unanimously agreed that there is need to underscore the importance of the African woman by putting her at the fore-front of decision making.  While participating in a plenary session that tackled how Africa can use the world’s “Fourth Industrial Revolution” to deliver economic growth and prosperity, President H.E Paul Kagame of Rwanda was echoed to stress issues of women by saying:

“pertinent role” played by African women should not be ignored. Men in Africa are ahead of the women but the same men are globally behind everyone else”

Graca Machel, Founder, Foundation for Community Development (FDC) who is co-chair of the forum shared these sentiments. She said, “The industrial revolution should have the face of women. We cannot continue to leave women behind. And to those who thought talking about women was a humanitarian issue?  It was far from that. Talking about women was purely about common sense”

Another issue that was given a lot of weight during the discussions was the importance of investing in ICT and STEM.  While President Kagame warned that ICT is not a magic wand, Graca Machel highlighted the need to overhaul the education system in Africa in order to equip the younger generation with skills that would enable them to cope in future. The President of the African Development Bank, Akinwumi Ayodeji Adesina called for the need to invest heavily in science, engineering and mathematics.

DotConnectAfrica agrees and believes in the power and untapped potential of Africa and we have made strides in ensuring that this potential is uncovered.   We are very proud that most of the PanAfrica initiatives we pioneered in Africa such as Miss.Africa for Women education and empowerment  particularly in ICT and STEM has now gotten attention of Africa leadership and mainstreamed in the African Agenda. Miss.Africa initiative recognizes that an empowered woman is a powerful woman and strives to encourage girls and women in early personal involvement in technology use and adoption. Recently, Miss.Africa through the Miss.Africa Seed Fund granted a total of $7,000 to initiatives that trains girls and women in technologies in various parts of Africa.

Through our pioneering initiatives, we have sparked the revolution that Africa needs its youth to leap-frog to the fourth industrial revolution.  Our Generation.Africa, an initiative that seeks to assist the youth and empower them to adapt the powers of the Internet and its uses is the solution. As Graca Machel rightfully pointed out, the youth may be equipped with the necessary skills to face the future boldly.

DotConnectAfrica Group recognizes that we are at the dawn of the African revolution, and we have rose to the challenge and make changes that will help Africa make great strides in driving this revolution.