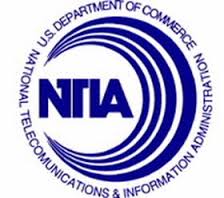 PRLog (Press Release) – Mar. 19, 2014 – The NTIA’s responsibility includes the procedural role of administering changes to the authoritative root zone file – the database containing the lists of names and addresses of all top-level domains – as well as serving as the historic steward of the DNS.  NTIA currently contracts with ICANN to carry out the Internet Assigned Numbers Authority (IANA) functions and has a Cooperative Agreement with VeriSign under which it performs related root zone management functions.  Transitioning NTIA out of its role marks the final phase of the privatization of the DNS as outlined by the U.S. Government in 1997.

And as the first step, NTIA is asking the Internet Corporation for Assigned Names and Numbers (ICANN) to convene global stakeholders to develop a proposal to transition the current role played by NTIA in the coordination of the Internet’s domain name system (DNS).

ICANN is an organization that introduced and has endeavored to promote the ‘multi-stakeholder model’ that allows for input from all participating organizations and individuals. Indeed ICANN’s move to globalize and become a truly international body is welcome.

DotConnectAfrica believes the move to cede the USA oversight on ICANN must be managed and transitioned in a proper way.  It is understandable that such a move may have been accelerated or catalyzed by the Snowden revelations; however, the move should not be made quickly but slowly and carefully so that proper mechanisms are in place with checks and balances.

Accountability and transparency are facets that will promote the resilience of the ever growing internet. As the NetMundial gathers we hope this will become the genesis of greater discussions as regards to ICANN’s future and the need to maintain a secure, stable, single, resilient trusted internet.

As an early and long term supporter of the ICANN process, DotConnectAfrica together with its partners in Africa and globally will continue to actively contribute appropriately to the global debate and deliberations that will lead to an informed and structured role of ICANN and NTIA in the future of internet management and governance.

Indeed as Assistant Secretary of Commerce for Communications and Information Lawrence E. Strickling says, “The timing is right to start the transition process,” We commend that such a step should be properly discussed documented not as a solution to existing problems but as a basis to strengthen the DNS Root management and the thriving of the internet.