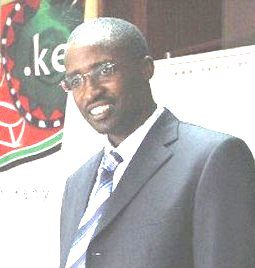 Mr. Sammy Buruchara of Kenya, who also served as Chairperson of DotConnectAfrica’s Global Strategic Advisory Board has been appointed as a member of the ICANN Governmental Advisory Committee (GAC) representing the Republic of Kenya

PRLog (Press Release) – Mar. 14, 2013 – UPPERHILL, Nairobi, Kenya — Mr. Buruchara’s has amassed an invaluable leadership experience in numerous innovation-focused governmental and private sector organizations and his extensive experience in emerging economies throughout his career, and it is hoped that he will bring this to bear positively on the work of the ICANN GAC.

Mr. Buruchara is a renowned Internet giant with a long and successful career in the ICT industry. He is the founder of Nairobi Net Limited, one of the pioneer Internet Service Providers (ISPs) in Kenya, a founding member and former chairman of the Telecommunications Service Providers Association in Kenya, and a member of the Board of Directors of the Kenya ICT Board.  He also served as a member of the IT-enabled services working group at the Prime Minister’s Office of the Government of Kenya.

Mr. Buruchara is familiar with the work of ICANN and has been credited for organizing and hosting one of the most successful ICANN meetings in Africa. Under his coordination, the ICANN 37 in Nairobi held in March 2010, hosted delegates from all over the world during which important resolutions that have had very positive impacts on today’s Internet deployments were adopted.

His tenure in several organizations such as Kenyan Network Information Centre (KeNIC) saw Mr. Buruchara pioneer great strategies of how to run the country-code TLD registry (.ke) by replicating the ICANN bottom-up approach because of the balance between commerce and public interest. This approach ensures that governments and the private sector are able to participate equitably in a PPP (Public Private Partnership)

Late in 2012, he was also brought in as a Change Manager at KENIC, and successfully oversaw the total revamping and rebranding of the ccTLD manager. He overhauled the whole system and refreshed the management as well as systems in a move to reduce cost and increase effectiveness.

Until this appointment to the ICANN GAC, Mr. Buruchara had been associated with DotConnectAfrica Trust as the Chairperson of DCA’s Strategic Leadership Advisory Board. He has since since resigned officially from DCA Trust and is no longer associated with our organization.

We are delighted to have Mr. Buruchara extend his great internet and development expertise and insight to the ICANN GAC. His deep knowledge of Internet needs in the developing world and impressive accomplishments in creating solutions tailored for the African internet constituency would be of great help in furthering the work of the ICANN GAC.

In his resignation letter he commended Ms. Bekele’s leadership saying; “It was a great unique opportunity and experience to work with the entire board especially Ms. Bekele who tirelessly showed immense leadership for the project” Mr. Buruchara credits Ms. Sophia Bekele for building and consolidating many important partnerships between DCA Trust and several technology and services providers in Kenya in order to boost Kenya’s profile as the country host of a new gTLD registry.

Mr. Sammy Buruchara will be greatly missed at DCA Trust. We wish him well in all his future endeavors especially now that he has to discharge important responsibilities at ICANN as the GAC Representative of Kenya, a role that he seems quite prepared for. In his valedictory comments to DCA Trust,  Mr. Buruchara said: “I really look forward to working with the ICANN GAC and assist towards achieving its goal of independence and judicious execution of its duties in my appointment representing my country at ICANN”

DCA Registry Services (Kenya) Ltd is an affiliate of DotConnectAfrica Trust (DCA Trust) based in Kenya. DCA has partnered with Safaricom and Fincom Technologies in Kenya and CentralNic, a UK based world’s pioneering domain registry to deliver superior domain registry services that are based on the latest Extensible Provisioning Protocol (EPP), and supported with RGP, DNSSEC. There is a Launch Phase extension for Sunrise and Land Rush periods. Other key registry technologies include Thick Whois, IPv6 Compatibility, and IDN Support.

The registry services run on a redundant back end with an embedded Mobile Device compliant system. Security and Stability is also enabled with a Shared Registry System (SRS) for ease of use by registrars and other .africa appointed resellers.