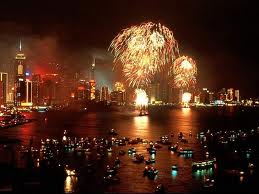 Before the end of the first month of inaugurating yet another new year,  I thought I will say few words on what to look forward to at DCA and beyond and why my message is about staying in the ARENA.

We can certainly start with a great spirit and look forward to tuning to the global unifying force of the World Cup arena, which this year is being held in one of the most attractive countries in the world, Brazil; a country that also holds an impressive record of many sports  championships.

Brazil is also hosting the debate on the new Global Internet Governance model, that it’s own President Dilma Rousseff proposed last year, particularly after being directly affected by the NSA spying activities.

In our usual New Year  tedbits,  we share with you  DCA’s New Year’s Resolution, wishes, prediction and the challenge we see and few DCA updates.

Our 2014 New Year Resolution is simple: We plan to stay in the ARENA!

Let me share with you a quote I read in one of the Leadership books I picked up in Charlotte airport, as I was on my way to Washington DC for some business early this month, after spending a wonderful holiday in my village in Walnut Creek, California.  A great fighter, former US President  Theodore Roosevelt, also a great leader and a fan of boxing was quoted in the book, relative to staying the course.

Those who watched DCA for the past six year know very well DCA has been fighting a gauntlet fight, as is called in wrestling, with its many opponents – what a vast majority of people have mostly observed as  chaotic, a match without a referee, or a game without any rules. Therefore, I could not help but relate with this quote:

” It is not the critic who counts; not the man who points out how the strong man stumbles; or where the doer of the deeds could have done them better.

The Credit belongs to the man who is actually in the arena;

whose face is marred by dust and sweat and blood; who strives valiantly; who errs and comes short again and again; who knows the great enthusiasms, the great devotions, and spends himself in a worthy cause;who at best, knows in the end the triumph of high achievement;and who, at worst, if he fails, at least fails while daring greatly,so that his place shall never be with those cold and timid souls who know neither victory nor defeat.”

DCA is known for many things,  especially its role as a trailblazer. DCA is driven in the face of trends, drivers and opportunities pushing for a global social, economic and political  transformation in its work.

Last year, we predicted a year of uncertainty and big challenges, including Occupy.africa.

Indeed DCA was faced with serious challenges on its .africa application:

Despite these challenges, we continued to keep our promise to you!

We refused to withdraw our application from ICANN, without requesting for an accountability hearing from an Independent Review Panel (IRP) so that we can resolve the issues.  We have done so.  You can follow this link on the ICANN site to read more.

We have fought for all of the above and more!

Recall our 2013 resolution to you, a free and open .africa and Internet:

We will continue to fight for your security, empowerment, and identity on your behalf.

All with your support!

Power of Truth ; Supremacy of the Law of

Activism; Women Leadership; Youth Empowerment; Entrepreneurship in anything; Mobile centric everything; Cloud everything;

What will be challenged:

A Thank You Note to our Supporters!

Finally,  let me continue to extend a deserving and sincere thank you, to all of you our supporters, who are in the ARENA with us, some of you since 6 years ago, when we started this .africa New gTLD initiative.

My special thanks goes first to our staff who are there around the clock to provide support.  Our Global

Advisory Leadership Team, who have been dedicated to our cause and provided moral and other invaluable advisory services,  our corporate partners in Africa, SafariCom and Fincom,  International partners CentralNic, and our Pan African Organizations and Government Partners, including the new African Union Leadership who have welcomed our work and  engaged us, and those African and international independent media houses, especially The NewAfrican, Bloomberg TV Africa, CircleID, The Ethiopia Reporter who peered through our stories and took our contributions to Africa seriously, and thought it was worth telling and continue to share it with the world,  and also the individuals and bloggers who know our work, and continue to write and re-tweet our stories helping to expand our global audience and amplify our voice on the internet.

Finally, with the President’s quote above that inspired me so much amongst many, I ask all of you Champions to stay with us this year in the “.Africa ARENA”, and support our worthy cause, because we are not fighting for a “.africa”, we are fighting for Africa and I promise you, we will deliver!

Wishing each and every one of you & your families a healthy, peaceful and prosperous 2014.