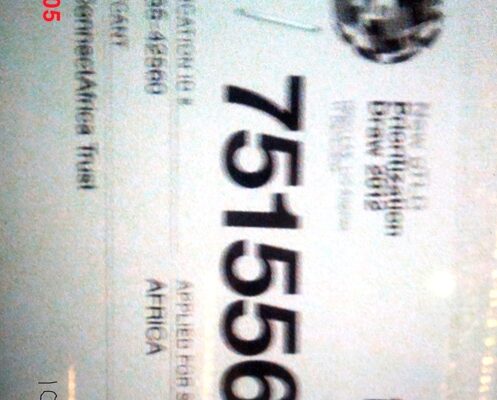 PRLog (Press Release) – Dec. 19, 2012 – DotConnectAfrica Trust (DCA) in its mover to secure the .africa string in order to set up the first ever African based gTLD registry has participated in the ICANN New gTLD Prioritization Draw held in Los Angeles. Monday, December 17th. 2012.

This is part of DotConnectAfrica’s journey towards the fulfillment of a long process that began over six years ago in it’s culmination of activities as a brilliant project idea for the DotConnectAfrica, when Founder and CEO Ms. Bekele were serving the ICANN as policy advisor on the GNSO Council.

This year has especially been fruitful for DotConnectAfrica.  In April DotConnectAfrica Trust submitted its application for the .africa string and during the reveal date, the application was published as a .dotafrica which raised a lot of discussions on the applied for string.  However, after ICANN has rectified the problem and the change request approved to a .africa, the move that boosted the confidence of the African internet enthusiasts who have been supporting DCA’s Bid.

Ms Bekele who was present in Los Angeles during the draw, along many applicants and ICANN followers, commented “We are pleased to announce that we have successfully participated in the draw and that we are confident in the distance we have covered thus far, with the ICANN process as well as in Africa.  Certainly this is one of historic milestones for all of us who have been there from the beginning”.

The Prioritization Draw was held on 17 December 2012 at the Hilton Los Angeles Airport located at 5711 West Century Blvd, Los Angeles, California, 90045.   Is a process that was adopted after a proposed digital archery system, where applicants would provide a target time and whoever clicked a link closest to their target time would be processed first. The digital Archery was however suspended after protests were made against the batching method.

DotConnectAfrica looks forward to a successful 2013 and believe that in the due course .africa domain names will be available for purchase.  We trust that trough the challenges that DCA has gone through this past year, we are strong and hope that merit will remain to be the benchmark.